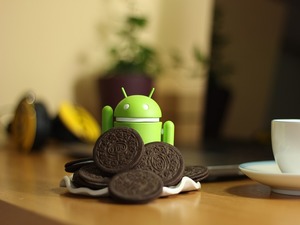 Do you use apps that employ the new “Adaptive Icons” feature introduced in Android Oreo? If so, be aware that there’s a serious flaw in the code that could send your device into an infinite bootloop, leaving you no alternative but to restore the device to factory default settings, which will almost certainly result in at least some lost data.

It’s important to underscore the fact that this bug does not impact Android Oreo at all in its default state. Rather, it can be triggered by apps that use the Adaptive Icons feature.

The bug was discovered by a developer going by the name of Jcbsera, who wrote an app called “Swipe for Facebook.” His app, when installed, creates a conflict by introducing two files with the same file name, which creates a circular reference.

The only way around the problem relies on you having done some serious prep work in advance of installing the app, which includes having USB debugging enabled and uninstalling the app via ADB, a combination of conditions unlikely to be met by many users.

The bug wasn’t picked up on in testing because all testing was conducted on the emulator built into Android Studio, which did not allow the bug to manifest.

Note that if you’ve installed this app, you do not need to launch it in order to send your device into an infinite loop. That happens automatically, once the installation is complete.
Google has been notified, and plans are already in place to patch the issue in the upcoming release of Android Oreo 8.1.

This interesting, but ultimately unnecessary feature has already caused thousands of users to lose data by forcing them to restore to factory defaults. Just be aware of it so that it doesn’t happen to you, and update to version 8.1 as soon as it is available.