Epson Printer Having Issues? It Could Be A Microsoft Update 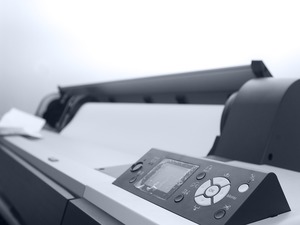 ﻿Do you have an older Epson printer that suddenly stopped working? If so, it may not be the printer at all, but a recent Windows update that lies at the heart of the issue.

These recent updates caused a malfunction where Epson dot matrix printers are not recognized if they are connected via USB cables.

Epson users noticed the problem immediately, of course, and the issue was reported on a wide range of support forums across the internet as users cast about desperately for a solution. Microsoft ended speculation into the matter fairly quickly, confirming the recent patches as the root cause of the issue, and promised that a patch to the patches was coming. As of now, though, we don’t have an ETA on when the fix can be expected.

In the interim, users can still make use of their printers by uninstalling the faulty updates. Gunter Born recommends running the following command in a cmd.exe window:

If this command is run as Administrator, and “xxxxx” is swapped out for the faulty KB update you installed, printer functionality will be restored.

It’s far less than optimal, though, because those updates contained a variety of patches for security issues. However, if you need immediate access to that printer, until Microsoft issues a revised patch, it’s about the only option you’ve got. Just make sure your IT staff is aware so that they can be on the lookout for the update.