Look And Feel May Change In Future Windows 10 Update 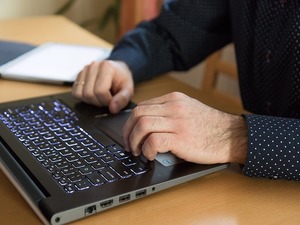 Microsoft is experimenting with a new feature that may change the look and feel of Windows 10 in some future update.

The new approach is referred to as “Sets,” which borrows from the playbook of modern web browsers and groups related applications into tabbed sets, with the groupings defined by project type. The applications you need to make use of on any given project will be grouped together, even if the last time you used a given app was several weeks prior.

Essentially, this approach is a combination of the Windows Explorer “Task View,” “Pick up where you left off” and “timeline.” They are wrapped into a single-window experience complete with an “application history” feature, which works a lot like a web browser’s history, so you won’t have to remember which application you were using a few weeks earlier to work on your current project.

It’s a good idea in theory, and it should streamline the user experience. If, for example, you need to use your email, Microsoft Word, Photoshop and Excel to complete a given project, all of these will be organized as tabs across a single window.

While there’s been no word from Microsoft on exactly when we can expect to see the new feature, if the past is any guide, it will first be available to Windows Insiders for an initial evaluation. In the meantime, Microsoft will be seeking support for the new concept from a wide range of third party developers.

Another clear sign that the company is committed to the new idea is that Stardock, a company which has provided some intriguing UI tweaks to Windows for several years now, has released a new product called “Groupy,” which reproduces some of the basic features planned for Sets.

So far, Microsoft hasn’t released a firm time table, so there’s no clear indication when we might be seeing the change. We’ll have more information on this topic as it becomes available.