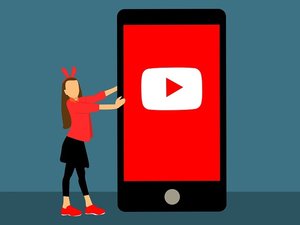 More often than not, Google is seen as a force for good on the internet. However, in one area in particular, their actions and words haven’t been in alignment, and it’s gotten them in trouble.

“Protecting kids and families has always been a top priority for us.  Because YouTube is not for children, we’ve invested significantly in the creation of the YouTube Kids app to offer an alternative specifically designed for children.”

That statement is true as far as it goes, but there’s an important catch.  The YouTube Kids app is frustratingly difficult to get.  You can’t install it on your Xbox.  Most smart TV’s on the market today don’t support it, and you can’t put it on a PC.  Aside from a few models of LG and Sony smart TVs, and smartphones, it’s just not an option.

Contrast that with the regular YouTube app, which has been rolled out to just about every platform there is, and it’s easy to see where Google’s primary focus is.

It’s not hard to understand the reasoning behind the difference in availability.  One of the key differences between YouTube and YouTube Kids is that the latter doesn’t have targeted advertising, while the former does. Google makes a lot of money on YouTube ads.  It’s simple economics.

Unfortunately, it’s also gotten the company into hot water.  They’ve had complaints from more than 20 consumer advocacy groups, who have banded together and taken their case to the FTC.

In part, the complaint reads as follows:

“Google has made substantial profits from the collection and use of personal data from children on YouTube.  Its illegal collection has been going on for many years and involves tens of millions of US children.”

Ultimately, what the advocacy groups want is for Google to move all kid-centric content over to YouTube kids. However, the company would be extremely reluctant to do that because their kid-friendly app has such limited availability.

This is a thorny issue with no easy answers, and at this point, it’s unclear how Google is going to respond to the complaint.